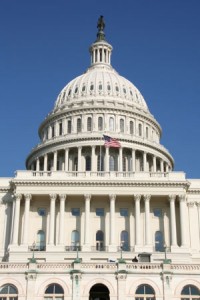 The immigration reform bill that was recently passed by the Senate Judiciary Committee has now cleared its first hurdle in the Senate, by a vote of 82 to 15. This is only the first step and the bill has to overcome several hurdles, to pass. The Senate might pass the bill by the 4th of July and then the bill would be introduced in the House. Several amendments have been filed to the bill and the foes are still trying to kill the legislation. Republican Senator Charles Grassley, introduced a legislation that would require the US government to certify that the Southern border is secured prior to permitting the unauthorized residents to apply for legal status. He stated that border security and not legalization, is the top priority. The Democrats aim at legalizing the undocumented immigrants and they do not want a bill that would prevent the undocumented immigrants from applying for US citizenship.

Similarly, Senate Judiciary Committee Chairman Patrick Leahy, filed an amendment that would protect the same sex couples and grant them equal rights. His measure would permit the US citizens to petition for their same sex foreign partners and help them to immigrate to the United States. Around 50 amendments have been filed to the bill and the Senators will soon start considering and voting on these amendments. At the same time, President Obama urged the US Congress to pass this bill and he stated that the bill would be passed by this summer. He added that it is not right to stand in the way of the Senate immigration reform bill, as the country really needs to fix its broken immigration system.

The Senate bill would allocate millions of dollars to secure the country’s borders and address the needs of the US employers who are in need of low and high skilled workers. The bill would create a pathway to US citizenship but the undocumented immigrants cannot easily become US citizens. This path to citizenship would be arduous and according to the bill the residents need to wait for 13 long years to file their US citizenship applications. Though some Republicans who were earlier against immigration reform are supporting the Senate bill, there are still some foes. Opponents of the bill say that the border security measures included in the bill are inadequate. Nevertheless, lawmakers believe that a comprehensive immigration reform bill will be passed by the end of this year.