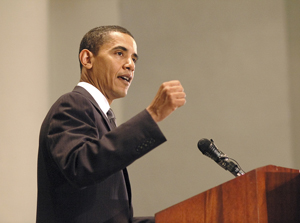 President Obama today announced his most anticipated immigration reform plan that he would enact by executive action.

Following are the key points of President Obama’s immigration plan:

Click here to prepare for Obama’s Executive Action on Immigration.

The President’s immigration plan would protect as much as four million immigrants from deportation. Undocumented parents of U.S. citizens and green card holders will get a chance to live legally in America and also get work permits if they have lived in the U.S. for a five period. Deferred Action for Childhood Arrivals (DACA) program will be expanded and will include minors who entered the U.S. before January 1, 2010. However, these immigrants will not be granted the rights of U.S. citizens and they also cannot get green cards. The Obama administration will now focus on deporting criminals and his plans will help more number of undocumented immigrants to live here without fear of deportation.

The President said that it is well-known that our immigration system is broken. He also stated that he has the legal authority as president to take actions and fix the broken system. He stated that America is not a nation of hypocrites that does not give the workers who pick fruits and make beds a chance to obtain legal status. But it is a nation that gives them a chance to take responsibility and give their children a better future.

Actions that would make the U.S. immigration system work better, similar to what President Obama is taking, have also been taken by former Republican and Democratic presidents. He will sign a presidential memorandum tomorrow in Las Vegas and finalize his actions. This immigration plan will fulfill a part of the promise he made in 2008 to fix the broken immigration system.