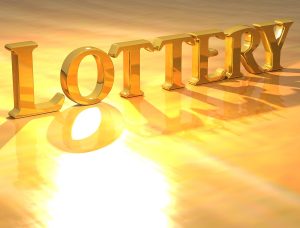 Green card lottery or the diversity visa lottery (DV lottery) program is a program conducted by the U.S. Congress aimed at diversifying the country’s population. This program helps around 50,000 people belonging to underrepresented countries to obtain legal status in the U.S. This program is not open to all countries and there are some countries whose nationals cannot take part in the program. The U.S. Congress does not allow all the countries to take part in green card lottery and it allows only those countries that have not sent more than 50,000 immigrants to the U.S. over the past five years to take part.

The U.S. is now in a hot debate over immigration reform and lawmakers want visa programs that would bring more skilled workers to the country and not a program like the green card lottery. The Senate immigration reform bill that has still not been passed by the House will eliminate the green card lottery. According to the Wall Street Journal, any immigration bill that the U.S. Congress passes will put an end to the lottery program.

For many, this lottery program is the only way through which they can enter the U.S. That is because, they need family or employer sponsorship to immigrate to the country through other immigration channels. Kader Karamon from Togo, won the green card lottery in 2000 and came to the U.S. when he was 23. Limited opportunity and corruption in his home town made him feel that he was wasting his life in his home town. He was eligible to take part in the DV lottery program as he held a high school diploma. He only knew little English when he got into the country. He worked in menial jobs after immigrating to the U.S. and he enrolled at the University of Pittsburgh in 2002. Later he moved to Paris to complete his master’s degree. He again returned to the U.S. and is now an economist at Freddie Mac in Washington.

For people like Karamon, green card lottery is the only option to get into the U.S. Out of the African immigrant population living in the U.S., 40 percent of them came to the country via DV lottery. Till date around half of the lottery winners are Africans.

Though the lottery is also bringing talented immigrants to the U.S., not all are in favor of the lottery program. There are many lawmakers who want to put an end to this program. Cornell immigration professor Stephen Yale-Loehr told that his lottery program does not help the family members of U.S. citizens and green card holders who are waiting for years to get their immigrant visas to reunite with their family members or help the refugees. According to him, this lottery program must be abolished.