Three new national monuments were recently created in Texas, Nevada and California by President Barack Obama. The monuments were created to preserve the beauty of the country.

Following are the three U.S. national monuments that were created under the 1906 Antiquities Act. 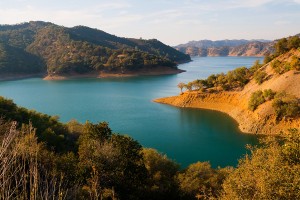 According to the White House, the President has the authority to create national monuments or expand existing monuments. The country’s national parks and monuments remind us of the richness of the country’s history, said the President during a ceremony at the Oval Office. Monuments also helps us preserve the beauty of our great nation.

Monuments also helps us preserve the beauty of our great nation.

Here is some interesting information on the three new national monuments.

The Berryessa Snow Mountain National Monument is in Northern California. This new national monument offers a lot of exciting recreation opportunities for visitors. Berryessa offers awesome views and is home to a wide range of rare plants and animals. People can hunt turkeys, hike, drive ORVs, go horseback riding and mountain biking here. If lucky, one can spot black bears, mountain lions, bald eagles and tule elk in this region. Berryessa  has been home to Native American tribes including Yuki, Wappo, Nomlaki, Pomo, Huchnom, Patwin, Wintum and Lake Miwok for more than 11,000 years.

Berryessa Snow Mountain National Monument is made up of 330,780 acres of land. Protecting this area will help its wild life and plants thrive. Tourism will also support local businesses.

Waco Mammoth National Monument in Texas is where the remains of the largest of the mammoths, the Pleistocene Columbian mammoths, were discovered. These Columbian mammoths are likely to have lived here 10,000 to 1 million years ago. These mammoths were 12 to 14 feet tall and had curved tusks that were as long as 16 feet.

This monument is the 408th unit and the National Park Service along with the city of Waco and the Baylor University will maintain it. The Waco Mammoth National Monument, which now features 65,000 year old remains of Columbian mammoths, is a great place for students. The public can visit the site at any time during the monument’s regular operating hours.

The Basin and Range National Monument in Nevada protects around 704,000 acres of land. The monument is double the size of the city of Los Angeles. It has two big valleys, Garden and Coal, that connect eight mountain ranges. Rock art in this site date back over 4,000 years. The monument includes Native American trails, lithic scatters and rock shelters. Plants and animals in this area include the White River Catseye plant and animals like the Greater Sage-grouse, elk, pronghorn and pygmy rabbits. No recreational activities are currently offered. People can visit the site, ride horses, watch birds, hike, camp and tour the dirt roads.