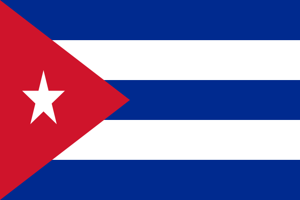 Cuba is to scrap much-hated travel restrictions as of January next year, making it simpler for its citizens to be able to leave the communist-ruled island in what is the first big reform to its migration laws in 50 years.

The change finally puts an end to the tough restrictions which were imposed 51 years ago back in 1961 when the government of the time attempted to put a stop to the mass migration of people who were trying to flee the island following the revolution in 1959, which saw Fidel Castro put into power.  The government made the announcement yesterday that it will lift the requirement to obtain an exit visa that permits departure from Cuba, putting the final nail in the coffin of a process that Cubans believed was too expensive and time-consuming, and that had no guarantee of receiving approval.

From January the great majority of Cubans will only have to show their national identity cards, their passports, and if necessary, a visa from the nation they are intending to visit overseas – such as US visas – says Colonel Lamberto Fraga, the Deputy Immigration Chief.  Theoretically, the change ought to make it a lot easier for Cubans to both travel and work overseas and to be able to return home when they wish to.

Cubans will, however, still require visas from the great majority of countries, something that may be difficult due to worries that those given tourist visas may not wish to ever return home.