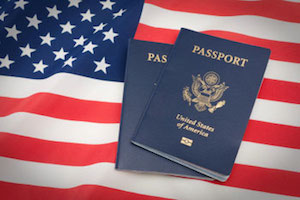 In response to expected overtures from the Republican Party in regards to immigration reform, immigrant groups have indicated they would be willing to move away from their insistence on a special pathway to citizenship is included in such legislation for the approximately 11 million undocumented immigrants who currently live and work in the United States.

Many immigration advocates appear to be delighted with the rumors that Republicans in the House of Representatives appear to be open to the idea of finding methods of compromise on the issue, such as legalizing certain categories of undocumented immigrants without necessarily enabling them all to gain US citizenship.  “To see the Republicans moving from self-deportation to legalization is a major shift,” says Clarissa Martinez from the National Council of La Raza, which is situated in Washington DC.  “There is a big chasm between saying “no special path” and shutting the door to citizenship entirely.  It could mean a lot of things.  There is no clarity or definition yet, but it is a start and we are definitely encouraged.”

President Obama and Democrats in Congress have indicated that they are willing to listen to any emerging proposal from the Republican Party that would offer limited legal status.  However, AFL-CIO president Richard L Trumka says that union backing for such a plan would not be forthcoming.

Immigrant advocacy group America’s Voice director, Frank L Sharry, says that neither Democrats nor advocates will put up with any proposal that would result in the creation of “a permanent underclass” in American society.