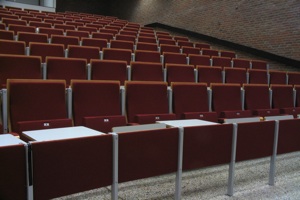 A recent survey that was released on the 6th December by Quinnipiac University, which is situated in Connecticut, found that the great majority of voters in the United States support the right of undocumented immigrants to be able to put in an application for US citizenship.  Fifty-seven percent of voters support the idea, while in the same study an even more overwhelming 70% of voters said that they felt Deferred Action, the program that offers a postponement of two years for deportation in order to allow young illegal immigrants to be able to obtain work permits, is indeed a move in the right direction.

In the period between 2007 and 2011, the number of illegal immigrants living in the US fell from 12 million to an estimated 11.1 million.  ABC News says that in the 1990s and the early 2000s, during which time the economy of the United States was very strong, there was an influx of undocumented immigrants, with children who were brought over during that time have now become adults.

Fifty-five percent of undocumented immigrants to the United States come from Mexico, with fewer immigrants now entering the country due to the slower economy, while some even left the US because of the recession.  A number of individuals worked in the construction industry and found it difficult to find jobs because of the lack of new real estate.

Eleven percent of registered voters who replied to the survey said that they believed illegal immigrants did not have the right to citizenship, but still had the right to stay in the country.