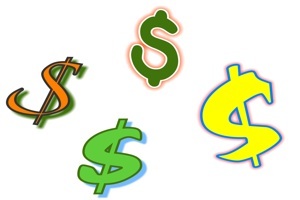 Given that only a fraction of eligible immigrants actually do put in an application for US citizenship, efforts to assist more permanent residents to become citizens have been increased by the New Americans Campaign.

Last year around 8.5 million immigrants were actually eligible for naturalization, yet just 750,000 of those actually filled out an application, a recent article by Cindy Chang in the Los Angeles Times points out.

There are a variety of reasons as to why individuals decide not to apply for US citizenship, including being unable to pay the application fee of $678 as well as them being afraid of the civics and English exams.  Immigrants are to be helped with these issues by the New Americans Campaign with major foundations from all across the United States having contributed $20 million of funding to the effort.  Officials are encouraging these workers to become US citizens so that they will be able to vote in both local and federal elections, qualify for a bigger range of educational and employment opportunities and feel that they have more of a connection to the United States.

“It’s one of those things where you don’t know how good it is unless you experience it,” says the Director of the US Citizenship and Immigration Services office in Los Angeles, Phyllis Coven.  “It’s a great gift, an honor, and a privilege to hold a US passport and become a full member of this society.”