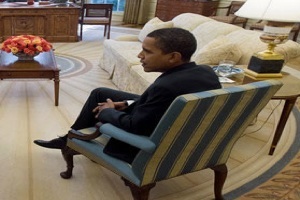 The re-election of President Barack Obama, who made it a point to support US immigration reform both throughout his first term as President and his re-election campaign, has seen a number of prominent politicians from both major political parties follow suit in order to throw their support behind comprehensive immigration reform, the Huffington Post says.

Over 70% of Asians and Latinos voted to re-elect Obama for a second term, even though the President admitted that the biggest failure of his first term was the lack of immigration reform.  Now, with both of the major parties apparently on the same page when it comes to the notion of allowing the 11 million illegal immigrants in the nation to gain full US citizenship, people are starting to become more optimistic about the future.

“Post-election, our community has made it very clear that immigration is an issue we look at closely,” says the Immigration Policy Project’s legal analyst Laura Vasquez.  “If politicians want to talk to us about their plans for small business growth and economic growth more generally, our community first wants to know where they stand on immigration.”

GOP leaders who were responsible for the blocking of the DREAM Act two years ago back in 2010 have now introduced a measure known as the Achieve Act, which would offer thousands of people who were brought to the US as children illegally the chance to become American citizens, a move that seems to mark a huge success for immigration rights.