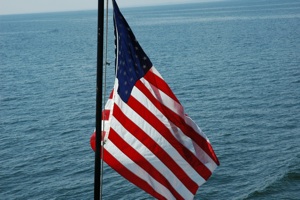 It is a frightening thing to find yourself in an abusive relationship, and trying to escape from it can be even more terrifying.  October is Domestic Violence Awareness Month, and immigrants need to be aware of their rights so as to make sure that they are able to remove themselves from an abusive situation.

The fact is that domestic violence does not just relate to physical harm, it also refers to a general pattern of behavior that is developed in order to demonstrate power over the other person in the relationship.  Such abuse can be seemingly innocuous, such as the abuser forbidding the abused from talking to another person of the opposite sex and then using tactics such as guilt, ridicule and shame to lower self-esteem.

If you believe that you are in an abusive relationship then you need to remove yourself from that situation as soon as you possibly can.  A battered child, parent or spouse can file an immigrant visa petition via the Immigration and Nationality Act thanks to the amendments made by the Violence Against Women Act.  This enables the child, parent or spouse of someone who has citizenship to be able to file for a US visa without their knowledge, thus protecting their safety and security and removing the fear of being alone without any documentation.

If you meet all the requirements shown on the US Citizenship and Immigration website, you can file Form I-360.  An approved petition for someone who is not a legal US resident enables you to remain under a deferred action.