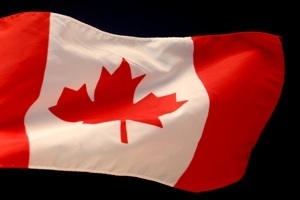 Under a new treaty Canada will start sharing information that relates to visa applications with the US in order to further North American security.  The data sharing deal is an attempt to make certain that the two nations are both secure while also streamlining the passage of both people and goods, with the deal also allowing either country to be able to share information with a third nation so long as the providing country gives consent, according to the website Biometric Update.

When someone puts in an application for US citizenship, Washington government officials will contact officials in Canada in order to identify both former failed refugee claimants, deportees and people who are attempting to enter under a false name.

The information trade means that both nations will be able to trade information in exactly the same way, although both countries are also making an effort to make sure that this information is not given to a nation from which an applicant has fled, or a country where members of the individual’s family live and could be endangered if this information were to be shared.

“If there is a positive hit, we will be notified of that,” notes Immigration Minister Jeremy Kenner.  “If the hit indicates something problematic – that perhaps that person has previously been deported by the United States or that in fact the person has an alias – then we’ll be able to more closely explore their real identity and whether they are admissible to Canada or would constitute a security risk.”