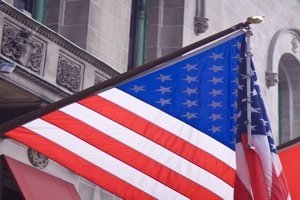 On January 10th 2013 more than ten individuals from all over the world were granted USA citizenship in a ceremony in Georgia that was hosted by former President Jimmy Carter.  WRBL, a CBS affiliate in Columbus, Georgia, says that no less than 18 countries were represented during the naturalization ceremony including India, Mexico, the Philippines and China.

The event was hosted by President Carter due to the fact that it took place in Plains, his hometown.  Carter says that instead of the United States being termed a melting pot, he personally believes that a more accurate and appropriate analogy would be for it to be called a mosaic.  “There’s no doubt that one of the best things that’s happened to my country is the constant infusion, the constant coming, to my nation of new citizens like you,” Carter informed WRBL.

The US Citizenship and Immigration Services District Director of the Atlanta office, Denise Frazier, says that the occasion is one that is very special indeed for the people who can now begin their own version of the American Dream.

A similar event took place on January 11th in Jacksonville in the state of Florida, where Francisca Victoria Huerta became the first Incan native to gain US citizenship, aged 100.  Huerta has been living in the US with a green card for the last five years, with the great majority of her 13 children and their families all living in the United States.