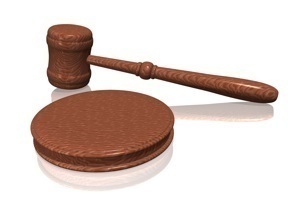 The future of thousands of immigrants could be at stake with the US Supreme Court yesterday considering whether or not to extend a rule that forces lawyers to inform their clients who do not have US citizenship that they may face deportation if they plead guilty to criminal charges.

This decision could prove to be very significant, particularly for non-citizens who may have received ineffective counsel prior to the date of March 2010, which is when the court in the case of Padilla v Kentucky judged that immigrants had the right to be aware of the consequences of pleading guilty to crimes.  Since then Federal Appeals Courts have been divided as to whether or not this decision should also be applied retroactively.

The case that was being heard yesterday involved Roselva Chaldez, a Mexican citizen who is also a legal immigrant to the US who lives in Chicago.  In 2009, during an unsuccessful bid to become a naturalized US citizen, Chaldez admitted to a guilty plea she had made to mail fraud charges six years earlier, only to find herself up for deportation as a result; a consequence that she says she was not made aware of at the time.

In the August of last year, however, Chicago’s 7th US Circuit Court of Appeals said that the Padilla case had caused the introduction of a new law that could jeopardize cases such as Chaldez’s.  Chaldez’s lawyers argue that telling a client of the consequences of a guilty plea should be common sense for attorneys.  The Supreme Court’s decision, not expected until June, could have major consequences for immigrants.