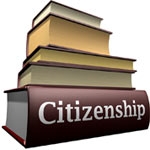 There are around 8.5 million immigrants living in the United States who are eligible to receive citizenship and yet less than 800,000 people took this step, the latest figures from the Department of Homeland Security show. Statistics indicate that almost 60% of the rest will eventually do so, but there are still a lot of eligible immigrants holding out.

There are a number of reasons why those eligible to receive US citizenship might choose to not do so. Poor English can be one reason why immigrants avoid going in this direction, as they have to pass an exam to demonstrate their proficiency in the language and show at least a basic knowledge of the government and history of the United States if they are less than 50 years of age.

Other immigrants worry that taking citizenship in the United States will result in them being deprived of benefits from their home country, including the right to work and travel across Europe freely. Another major factor that can be an obstacle is the cost and the sheer length of time it takes to process these applications.

Becoming a US citizen often takes as long as seven years and usually costs $680; however, while there are some waivers to this fee, this cost can increase if there is more than one family member applying for citizenship. Some countries, such as Norway, also force people to give up citizenship if they become citizens of another country, which puts off those who still feel a strong connection to their home country.