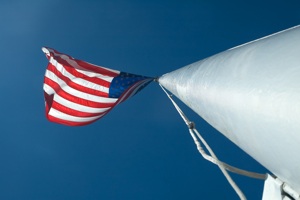 Although it seems clear now that there will be no immigration reform in 2013, experts are split as to whether or not it could be achieved next year, with many thinking that 2014 being a congressional election year will scupper the chances of reform taking place.

“I would be a crazy person to bet my house that it was gonna happen – I’m not foolish, but I would also not bet my house that it won’t happen,” says the chief executive officer of Immigration Works USA, Tamar Jacoby.  Immigration Works USA is a federation of business groups that are in favor of immigration reform.  Jacoby adds that Republicans in the House of Representatives might be more likely to support reform once it becomes clear whether or not they will face a challenge by a fellow Republican in next year’s mid-term elections.

“If you don’t have a challenger, you might feel freer to vote for this,” Jacoby points out, noting that any time after the filing deadlines or the primaries is a possibility for immigration reform – but so too is the possibility that it might not happen at all.  “It’s going to be tricky; I mean, let’s be honest, the windows are small and they are going to be tricky to navigate.”

However, Jacoby is convinced that the Republican Party has undergone a change in attitude in regards to immigration reform, and believes there is a real chance it could become a reality.  Although citizenship remains a bone of contention, many Republicans are in favor of allowing undocumented immigrants to be granted a legal status so they can work and travel.