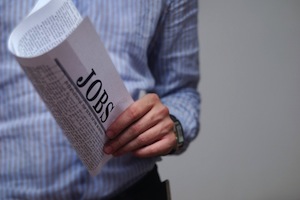 Microsoft has reported that in 2011 it had around 60,000 job vacancies that it found impossible to fill because of the shortfall of graduates in the science, technology, engineering and mathematics (STEM) fields in the United States.  The technology company has already raised concerns about the need to increase standards of education due to this issue last year, and has now started to lobby for changes to be made to the existing H-1B visa immigration work programs.

At the moment, H-1B policies have resulted in some criticism due to the fact that immigrants are sometimes forced to try and find sponsorship if they intend to create their own start-up business, the Silicon Valley Business Journal claims.  Five years ago, back in 2008, as many as 404,907 immigrants put in applications for H-1B US visas, yet just 65,000 were actually given out, as well as a further 20,000 that were assigned to people who had a masters degree or higher.

“Our immigration policy must expand the avenues for these valued workers to seek legal employment,” says the Mayor of Los Angeles, Antonio Vaillaraigosa.  “The President has suggested, let’s staple a green card to the diplomas of foreign students getting advanced degrees in science, technology, engineering and math.  We need to expand the H-1B visa program, and at the same time we need effective visa programs for agricultural workers and low-skilled non-seasonal workers.”

Finding skilled workers is not just a necessity for the growth of firms such as Microsoft, it is also vital for the US itself.  Forcing jobs out of the country will only further stifle the nation’s economic growth.