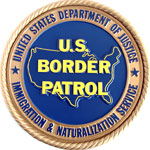 The Republican governor of Texas, Greg Abbott, has put his signature to comprehensive legislation on the issue of border security, including hiring an extra 250 border troopers. The bill was signed on Tuesday and is an addition to the current $800m effort behind border security in the state.

Abbott’s office says that the Department of Public Safety will be responsible for employing the additional 250 troopers. The legislation also calls for extra equipment and training on the border, as well as giving prosecutors more power to crack down on drug and human traffickers. “Texas will not sit idly by while the federal government fails to do its job and secure the border,” Abbott claims. “I’m proud to sign legislation to implement measures that will help provide for the safety and security of communities across Texas.”

US Customs and Border Protection says that 13,249 undocumented immigrant minors have been apprehended trying to cross the border into Texas in the current fiscal year. Abbott is a major played in the legal battle to prevent the executive action on immigration reform announced by President Obama last November going ahead.

Abbott claims that Obama was overreaching his authority as president by making the announcement and 25 other states have joined Texas in its lawsuit, including Alabama, Florida, Ohio and West Virginia. Immigration advocates have called on Abbott to meet with immigrant families and put an end to the court battle.