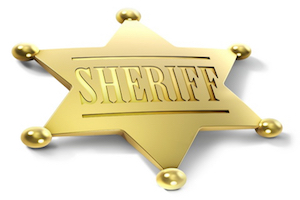 A lawman in Arizona has slammed the federal government over a policy used by US Immigration and Customs Enforcement (ICE), which he says allows criminal immigrants to be released back onto the streets and places law-abiding Americans in danger. On Tuesday Paul Babeu, the sheriff of Pinal County, held a press conference during which he put the spotlight on three criminals in particular: an Iraqi who murdered his two-year-old daughter, a Russian who set a police informant ablaze, and a Sudanese undocumented immigrant responsible for numerous assaults in different states.

Babeu says all three, along with hundreds of other immigrant criminals, have been set free by ICE into the community, and that the new Law Enforcement Notification System, which is intended to inform local authorities about upcoming releases, is just not good enough.

“You don’t have to be a sheriff to realize that this is going to end very badly for people,” Babeu notes. “You don’t release murderers into the state of Arizona and somehow think that they are just going to go about their business and try to find a job.” Babeu added that criminal immigrants should be deported from the United States after the completion of their sentence, particularly when their convictions involve violence.

Babeu’s press conference is the latest in a series of events showing the increasing rift between ICE and local law enforcement. “Our system is broken,” Babeu declared. “Our laws don’t apply, it appears, to these individuals when it comes to immigration and our process.”