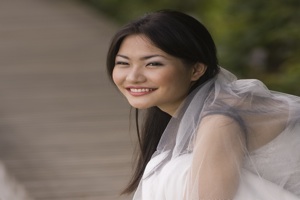 Asian immigrants have been reluctant to sign up for the immigration reprieve created by President Obama’s executive action; now, advocates for the community are redoubling their efforts to reach thousands of people who may be eligible for protection from deportation.

Immigrant advocates have blamed the low turnout for the 2012 deferred action program from the Asian demographic on the community’s stigma for undocumented immigrants. They fear the executive action may make it even more difficult to cross the cultural divide, especially for older generations who have been supporting their families by working for many years and who may be very reluctant to reveal their undocumented status to either their peers or the federal government.

Around five million undocumented immigrants are expected to be eligible for the President’s plan to provide protection from deportation and to provide work permits to the parents of legal residents and US citizens, as well as to many of those who came to the country when they were children. Hispanics are expected to make up the greatest number of applicants, despite the Pew Research Center claiming that almost half a million Asians would qualify for the scheme.

Asian immigrants have been less willing to even apply for federal protection, possibly due to cultural norms. “There is this model minority myth that Asians are supposed to be successful immigrants,” notes San Francisco’s Asian Law Caucus senior staff attorney Anoop Prasad. “What does it say about you if you say: ‘Actually, I am having a lot of problems. I am not making it like everyone else in America thinks we should be?’”