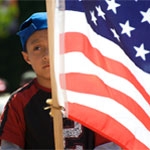 Yesterday a House panel gave its approval to a bill that would speed up the return to their home nations of undocumented immigrant minors escaping Central America. The bill’s passage to the House of Representatives was voted in 17-13 by the Judiciary Committee in a bid to stop a repeat occurrence of the border crisis in 2014 that saw over 68,000 unaccompanied immigrant minors cross the border into Texas.

Republicans insist that the passage of the bill would send a message to Central American parents not to send their children to the United States; however, the move has been slammed by critics, who argue that the bill would send the minors back to face gang violence and drugs in El Salvador, Honduras and Guatemala.

The panel is also looking to pass another three bills, including defunding the executive action taken on immigration reform by President Obama. Human rights groups have already attacked the new bill, which is highly likely to be vetoed by Obama or blocked by Democrats in the Senate even if passes the House of Representatives; however, many activists are still appalled at the effort.

“These proposals are completely inconsistent with the American ideal of protecting the persecuted,” says Human Rights First director of refugee protection Eleanor Acer, adding that such bills “would eviscerate the United States’ legacy as a global leader in protecting refugees.” Republicans claim, however, that the biggest issue with immigration laws in the US is the lack of enforcement.