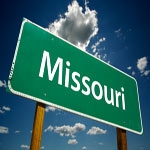 The Missouri House has passed a law which requires those vying for vice president or president to prove their US citizenship first. Under the new law, the candidates would need to prove to the state of Missouri that they have US citizenship before their names are allowed on ballots in Missouri. The legislation has been dubbed the “birther bill” and was initially approved by the Republican House and now is awaiting another vote in the chamber. Once it gets that vote, the Senate will vote on the bill.

Republican Representative Lyle Rowland of Cedarcreek sponsored the bill. He told the media that he threw his support behind the legislation because he feels there is too little vetting currently. Currently, it is up to political parties to verify that candidates are qualified to appear on the ballot. Rowland feels that is not enough to ensure that candidates are truly qualified.

Under the bill, candidates would need to provide birth certificates for the record to ensure that they are US citizens. The bill has not been without controversy and at times has provoked sharp debate. Some have called the bill racist and have referred to the accusations once made about President Obama. Some alleged that President Barack Obama was not born in the US, a requirement for the office of President of the US. However, those allegations were debunked after last April the President provided a certified copy of his Certificate of Live Birth.

If the bill passes, it will make Missouri the first of the states to require this type of evidence from candidates. The bill would pass in time for the 2016 elections. Arizona passed a similar law in 2011, but that legislation was vetoed by the governor. The law is still being debated in that state.