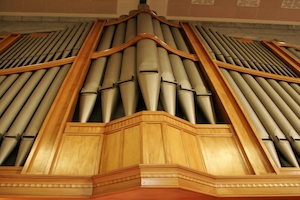 Catholic bishops from across the United States are getting involved in the increasingly fractious immigration reform debate by giving their support to the promise made by President Obama to use his executive authority to unilaterally fix the immigration system before Capitol Hill falls under the control of the Republican party in January 2015.

Eusebio Elizondo, the chairman of the US Conference of Catholic Bishops (USCCB) migration committee and the Seattle auxiliary bishop, made an unscheduled address at Tuesday’s annual \political parties in the United States to ensure the passing of comprehensive immigration reform; however, Elizondo also made it clear that the committee supports the president taking executive action in light of the urgency surrounding reform and the thwarting of previous efforts by the newly-resurgent Republican party.

“We are not guided by the latest headlines but by the human tragedies that we see every day in our parishes and programs, where families are torn apart by enforcement actions especially,” Elizondo explained. Another USCCB leader, Bishop Gerald Kicanas from Tucsan in Arizona, also spoke out this week, telling Catholic news website Crux that Obama acting on his own may now be a necessary step.

Obama has previously delayed taking executive action on US immigration but now says that he intends to go ahead regardless of Republican warnings. “It’s not going to be everything that needs to get done,” the president admitted. “And it will take time to put that in place.”