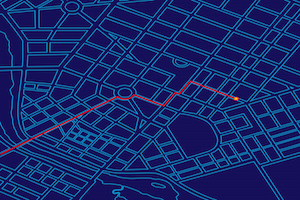 The controversial plan to track US visas using a FedEx-style system proposed by Republican presidential nomination candidate Chris Christie has already been in the testing stage by US Immigration and Customs Enforcement (ICE) for several months, it has been revealed. Ironically Christie insulted ICE officials on August 29th, declaring them “knuckleheads” for not adopting biometric technology to track the holders of US visas.

Christie, who wants to put an end to the visa over-stayers who make up 40% of all undocumented immigrants, described the alleged failure as another example of the government being lapped by the private sector in the area of technology, presumably unaware that such a program has been tested by the government for a number of months.

NJ Advance Media has been told by an official from US Customs and Border Protection that two field trials of biometric technology are already underway to try to verify immigrants who arrive in the United States and establish who is and who is not abiding by the terms of their US visas. The project started at the Hartsfield-Jackson Atlanta international airport in June and grew to include Chicago O’Hare in August.

“They’re not coming over the border, they’re coming through the airport,” Christie declared last week. “And we just lose track of them. So I would say that we have to put together a biometric system that can track those folks from the minute they come in, until the minute it’s time for them to leave.”