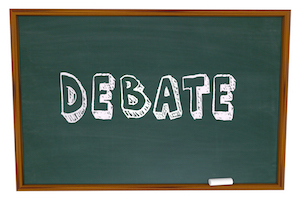 Congress was plunged into a heated debate about immigration yesterday after the grieving father of a young woman murdered by an undocumented immigrant pleaded for the system to be tightened up.  Lawmakers in the Republican Party have vowed to put an end to sanctuary cities such as San Francisco that deliberately protect immigrants from deportation by the federal government.

Advocates for immigrants have slammed the debate, saying that Republicans are following the lead of controversial presidential nomination candidate Donald Trump by demonizing immigrants, particularly Latinos; however, the shooting of 32-year-old Kathryn Steinle by an undocumented immigrant with a criminal record earlier this month has seen a number of Democrats demanding action to deal with the messy mix of federal and local policies and laws that allowed the man to remain at large.

“We feel strongly that some legislation should be discussed, enacted or changed to take these undocumented immigrant felons off our streets for good,” says Jim Steinle, the father of the victim, who was with her when she was shot and killed in broad daylight on a popular pier in San Francisco.  “We feel if Kate’s law saves one daughter, one son, a mother, a father, Kate’s death won’t be in vain.”

Juan Francisco Lopez Sanchez, her alleged killer, had already been deported from the United States on no less than five separate occasions and has multiple convictions; however, he was released by the San Francisco authorities, which refused to honor a federal request to hold him.