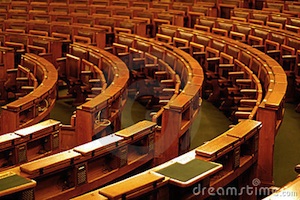 Discussion of immigration reform in the United States often tends to focus on Hispanic immigrants, but in some important circles a small number of Irish activists might actually have a much louder voice.  Proponents of immigration reform in the United States were celebrating last week after the much hyped immigration bill was passed by the Senate by 68 to 32 votes, with the legislation now on its way to the House of Representatives.

“The House is controlled by the Republicans, and we have to convince the Republicans that this is a good idea,” says reform lobbyist Ciaran Staunton.  That may not be a simple task, given the hostility openly expressed to the US immigration bill by a number of hardline Republicans, including Senator Rand Paul and Tennessee Representative Scott DesJarlais.

Add to that the fact that relations between Democrats and Republicans, and the House and the Senate, are so fractured that it is near impossible to achieve any resolution on any topic, and Staunton, who is the Irish Lobby for Immigration Reform President, certainly has his work cut out for him, but he thinks he has a good chance of being able to drum up support.

“Ciaran and his merry band of warriors do what others can’t,” notes immigration reform advocacy group America’s Voice’s Executive Director, Frank Sharry.  “They can be fearless, and go where other activists might have trouble connecting, and they punch above their weight.”  With many conservatives fearing that rejecting the bill will result in the Republican Party becoming an irrelevance, others are hoping that further persuasion can be added by the Irish connection.