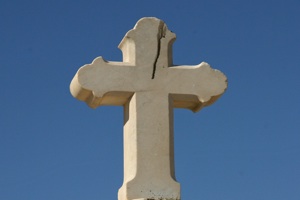 Advocates for US immigration reform might want to start looking for assistance from a seemingly somewhat unlikely source – that of Evangelical Christians.  The political agenda of Evangelicals is starting to broaden with both documented and undocumented Hispanics increasing and pastors beginning to talk about immigration in the context of it being a religious concern.

The great majority of watchers of Congress have decidedly low expectations for how the legislative branch of the United States will perform over the course of the next two years, and there may well be good reason for their cynicism.  The 2012 election showed that the electorate is divided, and partisan rancor and political stalemate abound in Washington DC.

Even in spite of this difficult climate, however, there is rapidly growing political support in favor of legislation that has been confounding Presidents and Congresses for 26 years now since 1986 – that of comprehensive immigration reform.  Advocates who are attempting to build a winning coalition for this reform might want to look to Evangelical Christians for support.

Evangelical Christians have been a vital voting bloc for the Republican Party for a number of decades now, with one in four voters in last year’s election being a white, Republican voting Evangelical.  While the great majority of Americans link such people with topics such as gay marriage and abortions, their political agenda is widening and one issue steadily gaining momentum is immigration reform, with Evangelical organizations and churches having started to just lately underscore the Biblical link to immigration.