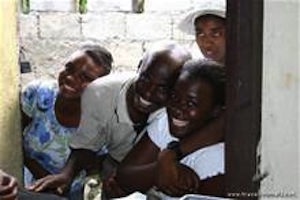 Haitians who live in the United States are going to continue to be protected by US law thanks to Temporary Protected Status, which has been extended by a further 18 months, the US government says.  There are places in the world that have been designated as unsafe to live by the Department of Homeland Security due to risk of natural disasters or civil unrest, and Temporary Protected Status is given to undocumented immigrants from such countries.

Haitians were given 18 months of Temporary Protected Status following the 7.0 magnitude earthquake that destroyed much of Haiti four years ago, back in 2010.  This status was extended by the Department of Homeland Security in 2011 and then again in late 2012.  US Citizenship and Immigration Services have sent out a press release stating that Jeh Johnson, the Secretary of Homeland Security, intends to again extend this status from July 23rd this year to January 22nd 2016.  Over 2,600 Haitians were living in New Jersey alone in the December of 2013, USCIS records show.

Haitians that receive this extension will also be able to put in an application for the new Employment Authorization Document that allows undocumented immigrants to work in the United States for a certain period of time, generally one year.