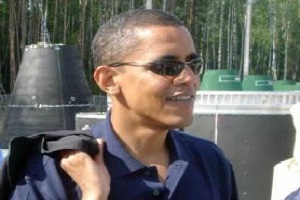 The re-election of President Barack Obama earlier this month has given hope to the supporters of comprehensive US immigration reform.  With Obama having been bolstered in the polls by more than 70% support given to him by Latino voters, many hoped that he would now be more willing to fight for the cause he avoided for the most part during his first term in office and that Republicans, following on from their crushing election defeat, might have to soften their resistance in order to have a chance of staying relevant in elections in the future.

Reality could be about to temper their optimism, however, with Obama set to be preoccupied by fiscal fights well into 2013, and Republicans in Congress unlikely to be willing to speedily reverse deeply felt and long held positions about immigration at a time when many are vulnerable to election challenges from the right-wing.

Immigration reform, which in the past decade has failed on numerous occasions in Congress, needs to accomplish a number of different goals – none of them easy.  Democrats and their supporters in the labor unions feel that the 11 million undocumented workers in the United States should be able to step out of the shadows and have the chance to submit an application for US citizenship, but many Republicans think this is rewarding people for breaking the law.  Both sides do, however, want to be able to verify legal workers in the US more efficiently.