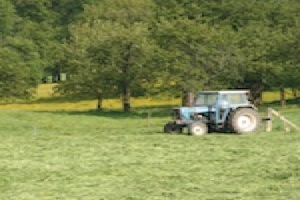 The rift between the emerging potential presidential candidates in the Republican Party became clear for all to see on Saturday. A number of possible candidates are calling for existing laws to be enforced, while Senator Lindsey Graham from South Carolina and former Texas governor Jeb Bush are calling for a path to legal status to be given to undocumented immigrants already living and working in the United States.

The differences in attitude toward immigrants were exposed at a forum in Iowa focused on agricultural policy and seem set to become a bigger issue as the battle for the Republican nomination for 2016 gets underway. Immigrants are a vital part of the agriculture and food processing workforce in Iowa and all over the country.

Graham, Bush and a number of other Republican presidential hopefuls, such as Mike Huckabee, the former governor of Arkansas, and Chris Christie, the governor of New Jersey, were quizzed with regard to their stance on immigration by GOP donor and agribusiness magnate Bruce Rastetter, who was hosting the public forum. “Immigrants that are here need to have a path to legalized status,” Bush declared. “No one I know has a plan to round up illegal immigrants and send them back.”

Bush’s comments were echoed by Graham, who said that it as vital for the country to come up with a “rational solution” to the issue of so many millions of people living in the US without documentation.