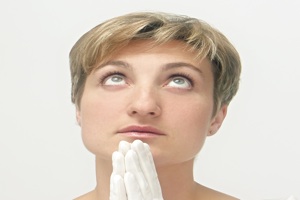 A crowd of people gathered on Capitol Hill around a makeshift outdoor altar early yesterday morning, praying that the senators who were attending a nearby hearing would be willing to reform a failure of an immigration system that they claim has been causing millions of people to spend years “living in the shadows” and facing a “constant fear of deportation.”

Ash Wednesday was observed by around 20 participants as ashes were smeared on their foreheads by clergymen, with the service invoking Christian metaphors and values in calling for compassion and a warm welcome to be given to all immigrants.  There was one hymn that asked for the help of God in order to “shatter the wall of fear and help us build a bridge of hope.”

The gathering, which was organized by the Church World Service and held outside the United Methodist Building, was staged just prior to the opening of the first of a number of hearings by the Senate Judiciary Committee with regards to proposals on comprehensive US immigration reform that are the product of a bipartisan Senate committee.  The panel has called for a pathway to US citizenship for the estimated 11 million undocumented immigrants, echoing those made by President Barack Obama.

The clergymen, participants and speakers who attended the outdoor service were all very much in favor of this proposal, with the Reverend Jacek Orzechowski asking Congress to “find the political will to pass common sense immigration reform” and to see immigrants as a blessing rather than a threat.