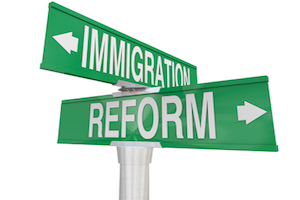 The debate over immigration reform has seen the state of Texas gain a great deal of attention after it received an influx of undocumented immigrants last year and then launched a lawsuit in a bid to stop the immigration reform introduced by President Obama via executive action. Last Wednesday Texas came under fire from Representative Luis Gutierrez in a speech on the floor of the House of Representatives.

“What does that bumper sticker say? ‘Don’t mess with Texas?’” Gutierrez mocked. “Well, I’m about to not follow that advice. You see, Texas has put itself front and center in the national debate over immigration and is leading the way among the 26 states suing the federal government to stop the lawful and sensible executive actions introduced by the president.”

The deferred action programs announced by the president in November 2014 have been put on hold as a result of the lawsuit led by Texas, which has been joined by 15 other states. The programs would allow nearly five million undocumented immigrants to legally stay and work in the United States for a renewable three-year period and protect them from the threat of deportation during this time.

Gutierrez also blasted the Fifth Circuit Court of Appeals’ decision to deny the lifting of the temporary injunction because the state would have to pay out money to issue driver’s licenses to undocumented immigrants. “But somehow, having more licensed drivers who can drive legally is an ‘unreasonable burden’ on the State of Texas according to the politicians who run the state,” Gutierrez mocked, adding that supporters should not give up.