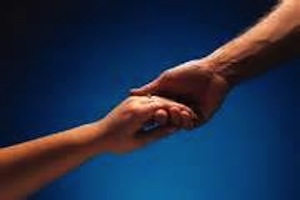 Bill de Blasio, the mayor of New York City, and Nisha Agarwal, the commissioner of the Office of Immigrant Affairs, have announced that New York City is to give support to undocumented immigrant minors in the middle of deportation proceedings.  The City of New York has released a statement saying that federal immigration court representatives are going to address the needs of minors who need assistance, particularly when they have just arrived.

New York is one of the country’s busiest cities for immigration hearings, with many of the unaccompanied immigrant minors taken into custody by border patrol officers sent there to live with family members.  Department of Education representatives are available to help minors and their guardians with school enrollments and to give information about available programs for English language learners.

Representatives from the Department of Mental Health and Hygiene are also being placed outside the federal immigration court so that undocumented minors can be enrolled in the public health insurance program Child Health Plus, which is funded by the state.  These representatives will also assist the minors on locating other programs for which they may be eligible.

Minors who have been referred for mental health and medical needs will be treated by representatives from the Health and Hospital Corporation.  “Connecting these vulnerable children to educational, health and social services is vital to helping our families and communities gain stability,” says de Blasio.