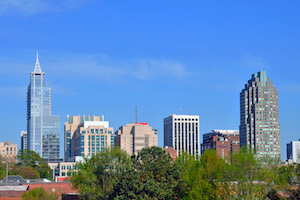 Legislation to grant driving permits to undocumented immigrants in North Carolina became bogged down on Tuesday morning during a House of Representatives committee meeting. Following an hour and a half of sometimes heated debate, the meeting was adjourned by the chairman, Representative Jason Saine, who said the bill would have to be brought up again during a later meeting.

The proposal would allow undocumented immigrants in North Carolina access to a ‘restricted ID’ to prove their state residence and identity if they underwent background checks and fingerprinting, with this restricted ID having driving privileges attached as long as the immigrant passed a state driving test and took out liability insurance coverage. “This is a fairly simple bill that is greatly misunderstood and deliberately misrepresented,” says Representative Harry Warren of Rowan, who is the bill’s lead sponsor. “This bill has absolutely nothing to do with immigration, immigration law or immigration reform – nothing. This is about law enforcement and about safety for our citizens.”

Warren estimates that between 90,000 and 110,000 undocumented immigrants are driving motor vehicles on the roads of North Carolina, yet they do not have the same requirement as other road users to carry insurance and pass tests before they get behind the wheel of a car. “Every provision of this bill works to hold citizens and those illegally present in North Carolina accountable to North Carolina law,” Warren explainedOther lawmakers claim, however, that offering undocumented immigrants IDs issued by the state is tantamount to giving legitimacy to their illegal presence in North Carolina.