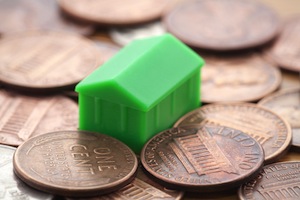 Real estate experts say that the proposed new legislation on immigration reform in the United States could help the housing market by growing the demand for homes in the country.  The country has been experiencing an excess in homes that are unoccupied due to the fluctuating economy and some of those homes could be taken by the 11 million undocumented immigrants who might find themselves on the path to US citizenship.

The National Association of Realtors claim that minorities and immigrants constituted 35% and 19% of the market for first time buyers five years ago – back in 2007, with The Research Institute for Housing America reporting that home ownership in the United States collapsed to a 17-year low at the close of last year of just 65.3%, although it actually grew in terms of immigrant households.

The proposed new immigration laws would mean that those who put in an application for US citizenship would be eligible to get a mortgage, which might result in the market skyrocketing in the future.  Buying houses is very popular among immigrants, who view it as a key element in the fulfilment of their American dreams.  A lot of immigrants buy houses after renting for a couple of years.

“Immigrants are an important and growing source of demand that has bolstered housing markets in recent decades,” says Professor Dowell Myers from the March report of The Mortgage Bankers Association’s Research Institute for Housing America.