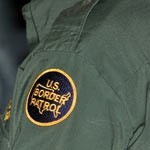 U.S. Immigration and Customs Enforcement (ICE) agent Kelton Harrison is recovering after being shot in the back while on the job. Pedro Alvarez and his two teenage sons, ages 16 and 18, allegedly fired at the ICE agent and sped after him because he was parked outside of their home near the Texas border. Alvarez was afraid that the man parked outside of his home was going to break in. Harrison was reportedly waiting for a drug deal as part of his job.

According to prosecutors, Alvarez and his sons fired at Harrison`s car and then chased the car when Harrison drove away. According to Alvarez`s family, however, the ICE agent did not identify himself and the family had no way of knowing that he did not mean them harm.

Alvarez and his 18-year old son are being charged with carrying and using a firearm during a violent crime and with assault of a federal officer. The younger Alvarez son has been charged in state district court with attempted capital murder.

According to prosecutors, Alvarez and his sons fired many shots from a 9mm handgun and about six shots from a .22 rifle at Harrison. At one point, prosecutors allege, Alvarez drove a vehicle while Harrison fled. As Alvarez drove, he and his sons continued to fire at Harrison`s vehicle. The Alvarez vehicle, it has been reported, had its headlights off even though it was dark and before dawn when the incident occurred.

Harrison was shot during the incident but was able to drive, still dodging bullets as Alvarez and his sons followed him, shooting. Harrison eventually lost control of his SUV. Other agents arrived at Harrison`s location and helped get Harrison emergency medical help. He required surgery for his injuries.

Carlos Ramirez, the uncle of the Alvarez sons, said that they are good boys but got scared the night of the incident. He noted that both have career plans and the older Alvarez son planned to marry his high school sweetheart. Both Alvarez sons, according to the uncle, play football and stay out of trouble.

The shooting occurred close to Hargill, Texas, a town which is only 25 miles from the border and the border town of McAllen. According to court documents, Arnoldo Alvarado, the older of the Alvarez sons, told police that on the night of the shooting his father noticed a suspicious car close to the house and told his sons to get the guns which were in the house.

All three of the Alvarez men charged in the case are awaiting detention hearings and are still in custody.