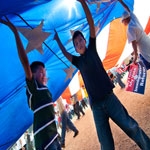 According to some experts, there are over 16 million immigrant children in the US, and many experts believe that in the future this segment of the US population will grow the fastest. In many cases, immigrant children are born in the US to parents who are from other countries. However, for some immigrant children, their status is complicated by the fact that they are born to undocumented parents.

When children are born to non-US parents who have immigrated to the US illegally, the children face some unique challenges. They may speak one language at home, for example, and another at school. They may also be caught between two cultures. In many cases, extended family may still be back in the country of origin, meaning that children have fewer relatives nearby. However, children born to parents who immigrated to the US legally at least have access to schooling and other public benefits, since they have legal status.