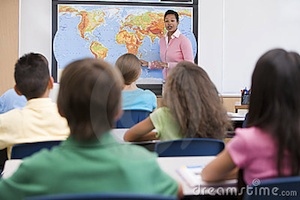 Thousands of undocumented immigrant minors who came to the United States unaccompanied are being enrolled in the country’s schools at the start of the new year.  This is after a fact sheet recently released by the Department of Education stated in no uncertain terms that such youngsters are entitled to education regardless of whether they are citizens.

Up to 90,000 immigrant minors from Central America will be detained by Border Patrol agents in detention centers, after which they will either get an immigration hearing or be sent to family members  already living in the country.  Less than 2,000 such immigrant minors were sent back home last year, and in 2104 alone over 58,000 have been detained at the border.  “They almost never go home,” says Immigration and Customs Enforcement officer Gary Mead.  “It’s not a process that ultimately ends in easy answers or clear-cut resolutions.”

Up to 30,000 undocumented immigrant minor cases are still waiting to be heard in the US court system.  Given that it can take years before any binding decisions are made, these children require an education in the meantime.

While they wait, these minors are frequently enrolled in schools close by where they can learn basic skills such as geography, history and math, as well as being taught to read, write and speak English.  Hundreds of such children have recently started to do just this.