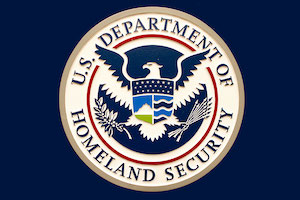 Undocumented immigrants need to be allowed to become US citizens in order to keep America safe, that is according to the man whose job it is to do just that, Homeland Security Secretary Jeh Johnson, who believes that many immigrants have “earned the right to be citizens.”

“An earned path to citizenship for those currently present in this country is a matter of, in my view, homeland security to encourage people to come out of the shadows,” Johnson says. “It is also, frankly, in my judgment, a matter of who we are as Americans.” Johnson made the comments during a speech to over 270 Mayors attending the United States Conference for Mayors, which was held in Washington DC and called for common sense comprehensive immigration reform to be implemented by Congress.

Johnson’s remarks come as Republicans in the House of Representatives prepare to reveal their own plans for shaking up the immigration system in the United States. Other Republican leaders, including House Speaker John Boehner, have also been calling for undocumented immigrants to be allowed to have the chance to gain legal status, albeit stopping short of saying they should be given full citizenship.

Johnson was made chief of the Department of Homeland Security in December, and also took the time to tout the supposed improvement in border security that has been achieved over the course of the last four years, while also noting that security would also only be increased by comprehensive reform.