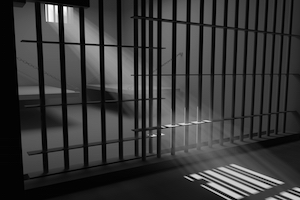 A report released by the US Commission on Civil Rights (USCCR) on Thursday strongly criticizes the detention centers used by the Obama administration to hold undocumented immigrant families and unaccompanied minors for the last two years. USCCR has called on the Department of Homeland Security to improve protection from abuse, improve legal advice offered to immigrants, reduce the dependence on long-term detention, and release all current immigrants from detention.USCCR, an independent body of the government, was created nearly half a century ago in 1957. Its report comes after months of uncertainty surrounding how to efficiently but humanely process the tens of thousands of undocumented immigrants who entered the country illegally by crossing the border between the United States and Mexico.

In less than 12 months ‒ since October last year ‒ almost 31,000 unaccompanied minors and 30,000 families have been caught at the south-western border of the United States, Reuters claims. The previous year around 50% more had entered the US from nations in Central America such as El Salvador, Guatemala and Honduras, resulting in a humanitarian crisis for both Mexico and the US.

The new report backs up the findings of US District Judge Dolly Gee, who has given the US government until the 23rd of next month to release the child immigrants. She ruled that the services provided by the centers are inadequate, including poor medical care and insufficient bedding and food.