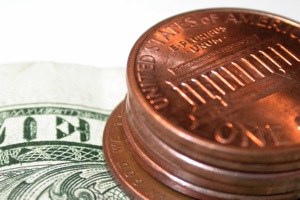 A report released to the Senate Judiciary Committee by the Congressional Research Service (CRS) states that a major fall in the wages of the bottom 90% of workers began back in the 1970s, which was when the United States saw a sharp increase in the amount of immigrants coming into the country.

The report appears to validate the argument that the Republican Party has been making for many years: that the arrival of more immigrants will cause a wage drop that hurts American citizens and directly conflicts with the claims made by the White House that President Obama’s executive action would have little effect on wages. The CRS report says that the number of people born overseas living in the United States dwindled in the quarter of a century between 1945 and 1970, hitting a low of just 5% in 1970, with the average income of the bottom 90% of workers almost doubling during that time.

From 1970 onward, however, the number of immigrants living in the United States began to massively increase, rising to around 13% two years. Wages were largely flat during this period, briefly increasingly slightly in the year 2000 and then collapsing to their lowest number in four decades.

The report is likely to encourage Republicans to continue to fight against the president’s immigration reform, which seeks to protect as many as five million undocumented immigrants from deportation and to provide them with work permits.