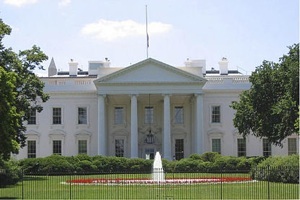 Josh Earnest, the White House press secretary, yesterday gave no sign that the White House has shifted position on the issue of President Obama’s executive action on immigration reform. This comes as Obama faces many hurdles, including court challenges, to the implementation of the program that will protect millions of undocumented immigrants from deportation and grant them work permits.

The New Orleans 5th Circuit Court of Appeals appeared skeptical about the program during a hearing on Friday, although the judicial panel is not expected to make a ruling for a couple of weeks. If its finding proves to be unfavorable then the White House may have to take the matter to the Supreme Court to overrule the injunction preventing the deferred action programs going ahead, as ruled by a Texas judge in February. Judge Andrew Hanen effectively put a stop to Obama’s executive action, saying it could not begin until a lawsuit being put forward by 26 states had been pursued.

A number of immigration advocates fear that the constant legal challenges will prevent the programs being implemented before the president leaves office; also, potentially eligible undocumented immigrants may not sign up due to fear that a Republican president could turn around and undo Obama’s actions.

Earnest told reporters that the White House is “confident in the strength of the legal arguments” to have the injunction lifted. He added: “We’re going to make those arguments aggressively and urge the court to act quickly.”