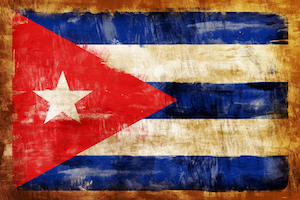 The announcement that 3,500 prisoners in Cuba will be released ahead of the visit by Pope Francis is a sign of hope to many that things are changing for the better in the country. Following this announcement and the decision by the US government to re-establish diplomatic relations, the Federation for American Immigration Reform (FAIR) says that the time has now come for the Cuban Adjustment Act to be repealed.

The Cuban Adjustment Act, which was passed into law during the Cold War, offers immigration benefits to immigrants from Cuba that are not offered to citizens from any other nation. Any Cuban national who makes it to the United States is allowed to stay and can become a permanent resident after just 12 months.

“We are entering a new era in US-Cuban relations, and policies that were implemented half a century ago need to be rethought in light of changing circumstances,” says the president of FAIR, Dan Stein. “Political conditions in that country do not set it apart from countless other nations in a way that justifies this special set of immigration rules for Cuban citizens.”

Stein goes on to say that once the Castro brothers’ influence over Cuba comes to an end, the only real political change that can occur in the country has to come from within and that another large exodus, encouraged by US policies that give immigrants from Cuba the right to stay in the United States, “would undermine the goal of democratization”.