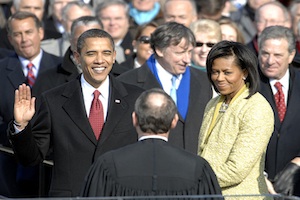 One of President Barack Obama’s biggest election promises – comprehensive immigration reform in the US – is to be one of the very first topics up for debate in the new Congress, providing the scuffle over the debt ceiling does not end up getting in the way.

The Senate, which is controlled by the Democrats, could soon be tackling the issue, Democratic legislative sources claim, as soon as the White House actually presents a concrete proposal on what to do with the approximately 11 million undocumented immigrants currently living in the country.

However, the last legislature ended up being one of the least productive in living memory due to the constant confrontations between Republicans and Democrats.  “If you think of the Congress as a doctor performing operations, I’m not sure you’d be very encouraged by the last few they did,” says the president of pro-immigration group Immigrationworks, Tamary Jacobson.  “Still, for all that skepticism, I think it’s hard not to be excited.  The President seems to be determined to lead, Republicans are stepping up.”

Reforming the aging immigration system in the United States and trying to find a solution for all the undocumented immigrants while boosting security at the nation’s borders is one of the very few issues that has been able to generate a degree of consensus in the political arena since the November elections.  The Hispanic community threw its weight very much behind Obama and since then the leaders of the Republican Party have been jumping on the bandwagon in support of US immigration reform.