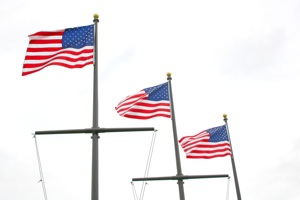 A national Tea Party leader has endorsed an overhaul of immigration reform legislation that would include offering legal status to the 11 million undocumented immigrants living in the United States.  The co-founder of Tea Party Express, Sal Russo, made the comments while writing an opinion piece for the Capitol Hill newspaper Roll Call.

Russo says that conservatives should position themselves at the forefront of immigration reform to make sure that new legislation does not just reflect the interests of, as he puts it, “liberal do-gooder reformers”.  His comments are notable given that many Tea Party members and strong conservatives have been strongly opposed to immigration reform ‒ even more so than their less-aggressive establishment Republican colleagues.

It is this opposition that has led to immigration reform legislation stalling in the House of Representatives some 11 months after a far-ranging bill was passed by the Senate.  Russo says that the House needs to take action, while adding that those immigrants living here illegally should be looking to get “right by the law”.

“That means fixing the broken system we have that relies on quotas and diversity, instead of a system based on what America needs,” Russo writes.  “Because we have no visa for entrepreneurs, the most innovative people around the world are starting companies and creating jobs elsewhere.”  Russo goes on to advocate giving legal status, though not “unbridled amnesty”, for undocumented immigrants already in the US.