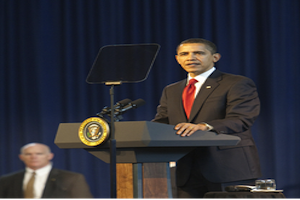 At the end of the government shutdown that lasted 16 days, Congress was addressed by President Barack Obama, who spoke in regard to what he believes needs to be the next item when it comes to the national agenda.  In the speech, which was made on October 17th, Obama pointed to immigration reform as being one of Congress’ top three legislative priorities.

A bill was passed by the Senate back in June that would have resulted in sweeping changes to the immigration and naturalization system in the United States, but has still not been put for a vote after it was passed onto the House of Representatives.  A number of Republican legislators took part in bipartisan discussions to work through the immigration bill, while others decided to come up with a piecemeal approach to the issue via a series of smaller bills.

The government shut down after Congress was unable to agree on a budget, and all but essential functions were shutdown until an agreement on the budget could be reached.  With the shutdown having now finally come to an end, the hope among immigration activists is that reform will now once more return to the limelight.

“The majority of Americans think this is the right thing to do,” says Obama, who still hopes that a bill can be passed prior to the end of 2013.  “And it’s sitting there waiting for the House to pass it.  Now if the House has ideas on how to improve the Senate bill, let’s hear ‘em.  Let’s start the negotiations.”