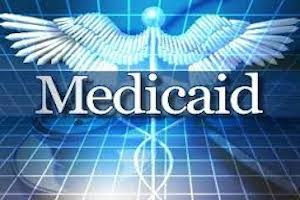 Almost 50% of the increase in the number of enrollments in Medicaid between the years 2011 and 2013 was the result of immigration, a new study released yesterday claims. The report, released by the Center for Immigration Studies, says that the federal safety net is being strained by the overly generous immigration system.

42% of the enrollment growth in Medicaid during this period was made up of immigrants and their children, despite these same people accounting for just 23% of the country’s overall increase in population.

“A very large faction of immigrants – legal immigrants – come to the United States, are unable to support themselves and their children, and so taxpayers step in to provide a host of social services including Medicaid,” says one of the report’s authors, Steven A Camarota, who is also the center’s research director.

One reason for the large increase in enrollment, both among immigrants and native citizens, could be Obamacare, as many people who had no health insurance discovered they were eligible to receive Medicaid. The research from the Center for Immigration Studies points out that the cost of this increase came to $4.6bn in extra spending in 2011 due to immigrants alone.