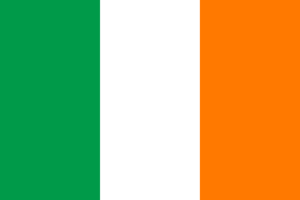 The first female Irish Ambassador in the United States, Anne Anderson, has been making the plight of undocumented Irish immigrants and the future of immigration her major priorities since she took over the role three months ago, back in September, and now she has been noticed by influential website BuzzFeed.

Anderson and her efforts to reach out to Republicans in the House of Representatives were featured last week in a BuzzFeed piece, where she stressed the deep commitment of the Irish government to move the drive toward comprehensive immigration reform forward: “For many (Republicans), they have been surprised,” Anderson says.  “They think of this as a Hispanic issue, which is not surprising given the numbers.  There is increasingly a deeper understanding of the complexities of this issue and that it’s not just one community.”

Anderson, who has previously been the Irish Ambassador to the United Nations, continues to work closely with various Irish organizations throughout the United States in order to lobby for comprehensive immigration reform, telling BuzzFeed that the interest of Ireland in the issue needs to be taken into account given the contemporary and historical relationship between her country and the US.

Anderson says that although the Irish undocumented immigrant population in the United States is small in comparison to other nations – somewhere between 50,000 to 75,000 – in a country the size of Ireland the impact is enormous, and that the best and brightest of Ireland now have to look to nations beside the US because of the lack of legal access.