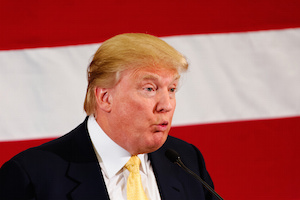 A number of people think the Republican Party’s chances of winning the White House in the 2016 presidential election are being hurt by the controversial immigration policies being touted by nominee candidate Donald Trump; however, the Washington Post’s polling data suggests this may not necessarily be the case.

In 2014 84% of those surveyed in a CBS News poll believed that illegal immigration in the United States was a serious issue, while 77% of respondents to a Gallup poll in the same year declared that the US border needed to have tighter controls to prevent more illegal immigrants coming into the country. There is also widespread public support for some specific policies contained within Trump’s plan.

In a Gallup poll conducted in 2013 84% of the respondents were in favor of business owners checking the immigration status of their workers, while a Rasmussen Reports poll this year found that 58% of the respondents wanted federal funds to be denied to the so-called ‘sanctuary cities’. 81% of those responding to a CNN/Opinion Research Corporation poll back in 2010 supported the idea of more agents being stationed at the southern border, which is another of the policies in Trump’s plan.

Poll results are more divided when it comes to Trump’s more contentious policies, such as building a wall on the border between the US and Mexico and eliminating birthright citizenship; however, the Republican Party might perhaps not fear a backlash if it keeps the focus on illegal immigration rather than undocumented immigrants who are already in the country.