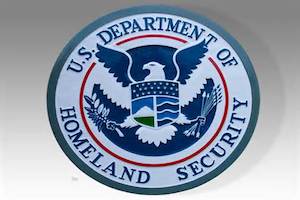 Congress returns today after a one-week break, with just five days to go until the Department of Homeland Security shuts down due to a lack of funds. There still appears to be no solution in sight to the deadlock that has emerged as a result of the Republican Party attaching clauses to the only funding bill to be passed by the House of Representatives; these clauses will block and roll back President Obama’s executive actions on immigration. Jeh Johnson, the secretary of the Department of Homeland Security, slammed Congress, which is controlled by the Republican Party, for tying national security funding to partisan bickering over US immigration reform. He said that he hoped someone would demonstrate good leadership to ensure that public safety was not compromised.

In a number of appearances on television news programs, Johnson warned that if Congress has not agreed on a new bill funding bill for the Department of Homeland Security by the end of this week then the result would be up to 30,000 staff furloughs, which would hamper the US’s ability to deal with terrorist threats.

“It’s absurd that we’re even having this conversation about Congress’ inability to fund Homeland Security in these challenging times,” Johnson said, adding: “We should have debate about immigration reform but you should not tie that to funding of the department.” Johnson’s sentiment has been echoed by two Republican senators, Lindsey Graham and John McCain.