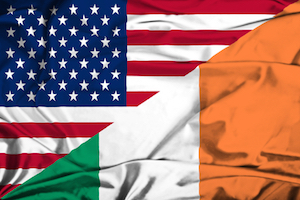 Taoiseach Enda Kenny says that while he intends to raise the topic of undocumented Irish immigrants with President Obama, he has no intention of being “aggressive” with the administration over the issue. His comments follow an article by Niall O’Dowd, a publisher based in New York, who demanded that pressure was put on politicians.

Kenny made it clear that while he intends his government to try to negotiate with the American administration with regard to immigration reform, he is in no position to be giving out orders. “I don’t agree that arriving up on Capitol Buildings and being very aggressive is going to yield any more beneficial results,” he pointed out yesterday. “And I understand that Niall O’Dowd has a long experience of dealing with this, but politicians have to negotiate with each other.”

Kenny says that the most important factor for undocumented Irish immigrants is being able to travel to Ireland and then return to the United States while pathways to legalization or legitimacy are being formulated. He noted that the country’s balance of power has now altered, with the Republican Party in charge of both the House of Representatives and the Senate, and that it is up to the Republicans to decide on a course of action for the future.

Kenny expressed sympathy for Irish people who currently lack legal documentation in the United States, noting that many have lost family members back in Ireland and were unable to return because of their status.